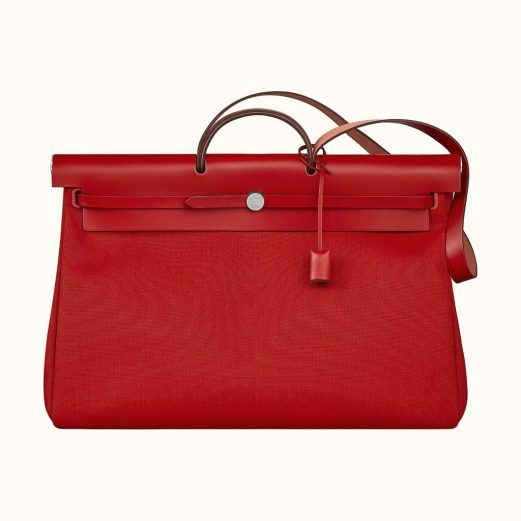 You would never expect that the expensive Hermès was a French high-end harness shop that started in 1837 by manufacturing and distributing harness products.He dedicated to serving European noblemen.He created high-quality wrought harnesses and bridles for the carriage trade, winning several awards including the first prize in its class in 1855 and again in 1867 at the Expositions Universelles in Paris.

If he continues to sell horse leather goods, you may not see so many beautiful bags today. Fortunately his grandson, Émile-Maurice Hermès (1871-1951), the third-generation head of the company, turned his business map toward more keratinized operations. The company catered to the élite of Europe, North Africa, Russia, Asia, and the Americas. In 1900, the firm offered the Haut à Courroies bag, specially designed for riders to carry their saddles with them.

In the 20th century, automobiles have gradually become popular in the upper-class society in Europe and America, and the market demand for high-end harnesses has gradually shrunk. Hermes changed production in time and began to develop in the direction of producing multiple varieties. However, Hermès still produces all kinds of leather products with the exquisite technology of sewing harnesses, thereby maintaining exquisite handwork and texture. With the efforts of Emile Hermès, the third-generation head of Hermès, Hermès entered the royal palaces of European countries and became a treasure for the queen. In 1920, the zippered golf jacket designed by Hermès for the Prince of Wales became the earliest successful design of leather clothing in the 20th century and caused a sensation.

Since 1951, Hermes has been taken over by Emile’s son-in-law Robert Dima. Since the 1960s, Hermès has successively launched perfumes, suits, shoe accessories, porcelain and other products, becoming a representative of taste across all aspects of life. Robert Dima himself is also an outstanding silk scarf designer, and his management has made Hermès silk scarfs world-renowned. In 1978, Jean-Louis Dima, the fifth generation of the Hermès family, became chairman and chief executive officer of the group. He developed new products such as watches and table decoration series, giving Hermès new materials and flavor.

In the late 1950s, legend has it that Grace Kelly, a Hollywood star turned princess of Monaco, was photographed holding the bag over her stomach to conceal the early signs of her pregnancy.

There is no fantastic intersection between Grace Kelly and Hermes like Jane Birkin. The story between her and Kelly bag is very simple: In 1956, a picture of Grace Kelly was published on the cover of “LIFE” magazine, when she was carrying Hermes. Haut a Courroies bag, and use it to cover her pregnant belly. This photo instantly exploded the fashion circle. Countless girls expressed their desire for this bag and held a Hemers handbag during Grace Kelly’s engagement in 1955 and most occasions. Therefore, Hermes contacted the Monaco royal family in 1956 and obtained the consent of Princess Grace to rename this classic Hermes handbag with her maiden name Kelly before marriage.

The model in the hands of the princess is a 35 prototype bag, so the Kelly bag did not appear because of Grace Kelly. It was first born in 1892. It was a leather bag used to hold a saddle. The name is Haut a Courroies, which is what everyone says today. HAC has successively launched Kelly clutches, watches, jewelry, women’s clothing and other products.

Who could have imagined that one of the most coveted objects of recent decades would be born in the sky, in 1984, on a flight from Paris to London?
British actress Jane Birkin, sitting next to Jean-Louis Dumas, Executive Chairman of Hermès (1978-2006), was complaining that she couldn’t find a bag suitable for her needs as a young mother.
A born creator with a keen eye, he immediately sketched a supple and spacious rectangular holdall with a burnished flap and saddle stitching.
With a dedicated space for baby bottles!

Hermes gave her an annual fee of 30,000 Euros to thank this unexpected muse. Everyone might think that since Birkin was named after Jane Birkin, she must have many platinum bags. In fact, according to reports, she has only had four.

Leather bags are also one of the most successful products of Hermès. To order a “Kelly bag” with the reputation of being the treasure of Hermès town, it will take several years, because every piece of leather has to go through multiple and complicated steps. To deal with. This kind of leather bag has the mark of the craftsman, regardless of repair or maintenance, the same craftsman is responsible. Such rigorous production is precisely the reason why it is expensive.

In terms of operation, Hermes insists not to transfer its trademark production license, so every product has a strict quality assurance. Its products combine first-class craftsmanship, durable and practical performance with simplicity and elegance, which is not only a status Symbol, and become a fashionable thing that will never fall behind.

Hermès is currently roughly divided into three main parts: leather goods, watches, and fragrances. The product items include leather products, scarves, jewelry, ties, men’s and women’s clothing series, perfumes, watches, fine stationery, shoes, gloves, household series, tableware and More than a dozen items such as porcelain. It is the consistent aim of Hermès to make all products to be refined and beautiful and impeccable.

Be the first to reply